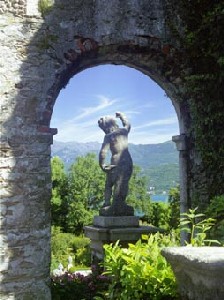 Our second installment of quotes on art. More famous people speaking on art and artists, the processes and the drive. Drawn (unverified) from brainyquote.com.

“I like to pretend that my art has nothing to do with me.” — Roy Lichtenstein

“I paint with shapes.” — Alexander Calder

“I think an artist’s responsibility is more complex than people realize.” — Jodie Foster

“I’ve been called many names like perfectionist, difficult and obsessive. I think it takes obsession, takes searching for the details for any artist to be good.” — Barbra Streisand

“If we could but paint with the hand what we see with the eye.” — Honore de Balzac

“If you hear a voice within you say ‘you cannot paint,’ then by all means paint, and that voice will be silenced.” — Vincent Van Gogh

“In art as in love, instinct is enough.” — Anatole France

“In art, the hand can never execute anything higher than the heart can imagine.” — Ralph Waldo Emerson

“It is a mistake for a sculptor or a painter to speak or write very often about his job. It releases tension needed for his work.” — Henry Moore

“It is only after years of preparation that the young artist should touch color – not color used descriptively, that is, but as a means of personal expression.” — Henri Matisse

“It is only an auctioneer who can equally and impartially admire all schools of art.” — Oscar Wilde

“Life is painting a picture, not doing a sum.” — Oliver Wendell Holmes

“Lying in bed would be an altogether perfect and supreme experience if only one had a colored pencil long enough to draw on the ceiling.” — Gilbert K. Chesterton

“Modern art is what happens when painters stop looking at girls and persuade themselves that they have a better idea.” — John Ciardi

“Mournful and yet grand is the destiny of the artist.” — Franz Liszt

“My hand is the extension of the thinking process – the creative process.” — Tadao Ando

“My imagination can picture no fairer happiness than to continue living for art.” — Clara Schumann

“My painting does not come from the easel.” — Jackson Pollock

“No great artist ever sees things as they really are. If he did, he would cease to be an artist.” — Oscar Wilde

“No heirloom of humankind captures the past as do art and language.” — Theodore Bikel

“Not everybody trusts paintings but people believe photographs.” — Ansel Adams

“Of all lies, art is the least untrue.” — Gustave Flaubert

“Our natures are a lot like oil, mix us with anything else, and we strive to swim on top.” — Joan Rivers

“Painting is an infinitely minute part of my personality.” — Salvador Dali

“Painting is easy when you don’t know how, but very difficult when you do.” — Edgar Degas

“Painting is just another way of keeping a diary.” — Pablo Picasso 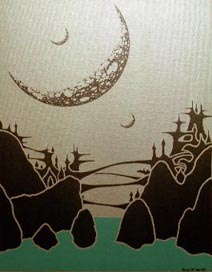 “Painting, n.: The art of protecting flat surfaces from the weather, and exposing them to the critic.” — Ambrose Bierce
~

“Personality is everything in art and poetry.” — Johann Wolfgang von Goethe

“Photograph: a picture painted by the sun without instruction in art.” — Ambrose Bierce

“Photography is a major force in explaining man to man.” — Edward Steichen

“Photography takes an instant out of time, altering life by holding it still.” — Dorothea Lange

“Pictures must not be too picturesque.” — Ralph Waldo Emerson

“Rationalism is the enemy of art, though necessary as a basis for architecture.” — Arthur Erickson

“So vast is art, so narrow human wit.” — Alexander Pope

“Some books are to be tasted, others to be swallowed, and some few to be chewed and digested.” — Francis Bacon

“That’s the motivation of an artist – to seek attention of some kind.” — James Taylor

“The aim of art is to represent not the outward appearance of things, but their inward significance.” — Aristotle

“The aim of every artist is to arrest motion, which is life, by artificial means and hold it fixed so that a hundred years later, when a stranger looks at it, it moves again since it is life.” — William Faulkner

“The art of art, the glory of expression and the sunshine of the light of letters, is simplicity.” — Walt Whitman

“The artist alone sees spirits. But after he has told of their appearing to him, everybody sees them.” — Johann Wolfgang von Goethe

“The artist belongs to his work, not the work to the artist.” — Novalis

“The artist is a receptacle for emotions that come from all over the place: from the sky, from the earth, from a scrap of paper, from a passing shape, from a spider’s web.” — Pablo Picasso

“The artist one day falls through a hole in the brambles, and from that moment he is following the dark rapids of an underground river which may sometimes flow so near to the surface that the laughing picnic parties are heard above.” — Cyril Connolly

“The artist who aims at perfection in everything achieves it in nothing.” — Eugene Delacroix

“The artist’s world is limitless. It can be found anywhere, far from where he lives or a few feet away. It is always on his doorstep.” — Paul Strand

“The arts are an even better barometer of what is happening in our world than the stock market or the debates in congress.” — Hendrik Willem Van Loon

“The awareness of our own strength makes us modest.” — Paul Cezanne