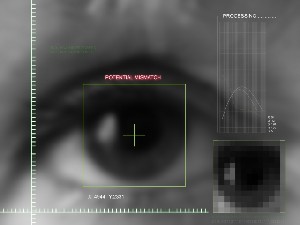 Most people take scientists at their word since that is what we normally hear, only their words or the words of the media. Scientists seem to be authorities on their subjects, so shouldn’t we rely on their theories and accept their views on reality? They are usually much more educated than us, so their words should stand for something, right? I think and many other people, including some reputable scientists think you should NOT take scientists at their word. Just because a theory is popular and the majority of scientists agree does not mean the model is an accurate description of what is actually going on. There is only one reality.

Relying on authority, even authorities on science, can sometimes turn out to be a trap. Relying on a scientist’s claims without proof can be dangerous to our tax money since as individual citizens, we are not in control of where the funding goes. Maybe that should change. We should have a say about which scientific groups get funding and which groups should not get any more funding. It’s our tax money. If necessary, we should be able to remove bad science from the funding loop. Bad scientists should self-help themselves out of performing bad science.

Claims to exclusivity to reality based on theories with disregard for other qualified theories are good examples of dogma in science. A Theory (or Model) is just a statement or set of statements (sometimes mathematical but usually a lot of educated guessing) created by humans in an attempt to describe observable phenomenon. The true scientific method is gathering and notating data, and if possible, experimenting with the evidence to support the original concepts and to refine the overall scientific model. If new technology can uncover previously unobservable parts of reality that relate to the theory, then that can either support the theory or show that it is faulty. Once evidence conflicts with any scientific statement within the overall model, then that statement or set of statements (supporting theories) should either be refined, changed completely, or dropped completely. If necessary, the entire model may have to be discarded.

Scientists that perpetuate faulty theories are possibly con artists and at the least, pseudo-researchers in that they’ve dropped the true scientific method to save their faulty theories or their reputations. Dishonest scientists should be barred from funding. Anyone that manipulates results to their benefit without any regard to the actual data is definitely a con artist. We should help ourselves out of bad science by barring con artists from our support.

New theories come and go depending on updated evidence or better interpretations of old evidence, and established theories should come and go as well if any evidence calls old theories into question and new evidence jeopardizes the very premises (statements) upon which the overall models are based. Trying to save a failed theory is bad science.

For example, too many cosmologists are relying on a set of theories to which there is enough conflicting evidence to indicate that some if not all of the theoretical statements are incorrect. There is a ‘newer’ theory that fits the evidence better. At the end of this article you’ll find several links that not only bring the accepted cosmological model under fire, but also links that demonstrate the logical theories and laboratory evidence to support this ‘new’ theory.

Any time a scientist claims that a competing theory is “ridiculous” or that there’s no proof, think dogma in science. Unless they have run experiments to refute a competing theory, then how would they know that the competition has a ridiculous theory? I seriously doubt that any qualified scientist that has ever shot down a new concept has truly used the scientific method to prove that claim. Many scientists speak from the confines of their own beliefs and theories, which again, is dogma in science. Scientists, help yourself into good, honest science by thinking outside of your models. The scientific method demands that you adapt to the evidence and change your theories if necessary.

Why would a scientist make such a claim of another theory without proof? Surely it cannot be simply because the competing theory does not fit within the confines of a cherished theory. If presented with a better model that fits the available evidence, then an honest scientist should question the validity of their own models, drop the old models, and even move to the new theory if they are still interested in continuing their research. A new theory may turn out to be incomplete or even faulty. In those cases, re-evaluation of the theory should always be done.

Dogma in science occurs when a scientist cannot think outside of his or her own theories and beliefs, so they reject other theories off the bat and refuse to listen to or even experiment with the new theories. Why do they do that? Does it have to do with funding? It does seem to be the case that funding is being given to scientists that favor the accepted theories, while other researchers are denied funding and even black-balled out of peer reviews and kept from using critical instruments that can help substantiate new theories. If your very livelihood is threatened, you may try to prop up a failed theory by either discounting the evidence, creating more theory in an attempt to explain the errors away, or as it seems to be the preferred tactic, deny that the competing theory has any validity and should be rejected. 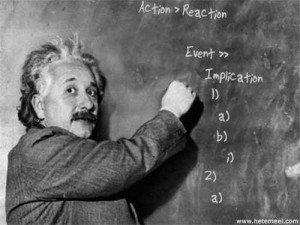 You as the Non-Scientist

How does all this relate to you, the non-scientist? How can you wade through all the claims and all the evidence, and come to a conclusion about what it all means and how it might affect you and your decisions. For one, bad science drains off our funding and it rarely does anything to advance us technologically. Bad science is usually a money pit. Therefore, it is important to pressure government leaders to stop wasting our money! Vote for leaders that support true science, not leaders that are manipulated into believing there is only one theory worth supporting.

Help support articles such as this one and the ones via the links below by twitting, digging, and adding links to here from your facebook, myspace, forums, blogs, and other such places including emails to your friends. We need to keep scientists honest and on their proverbial toes and the Internet influence can be instrumental in furthering that cause!

Educate yourself in knowing the differences between beliefs, concepts, theories, and facts.

Did you know that gravity is a fact but statements of how it works are only theories? We have direct experience with gravity, yet what actually causes gravity has yet to be discovered and remains unproven and theoretical.

We have factual experience with electricity, but what it is exactly and how it actually works at all levels is pure theory. We know enough to use it to our benefit and the current models explain much of the properties very well, but new discoveries can change the models and our understanding of electricity.

In astronomy, Red (or Blue) shift is a fact, but the underlying mechanisms that cause spectral-light absorption-lines to shift is educated guessing. The currently accepted theory is at least incomplete and possibly faulty dictated by the evidence.

The Big Bang is total theory. There is no direct experience of the Big Bang to where anyone, regardless of their credentials, can accurately say that the Big Bang is a fact or that any evidence even proves it.

Evolution is a fact and proven with scientific research and experimentation, but again, what causes it and how it works is where it becomes theory.

In many cases, we can only rely on other scientists to keep scientists honest and accountable. Comparable knowledge is sometimes required in order to test claims.

Always question authority, including people who are well educated in their chosen fields, and demand accountability and evidence. If you hear a scientist claim, “We now know…”, think dogma in science unless they have presented scientific statements that support as much of the evidence as possible. If a better theory is available, then that theory should be given as much time and attention as any other good theory.

Some things will probably never be verified and will remain purely theoretical, such as black holes and the Big Bang, and since we do not have direct experience of those particular things, then the only thing that can replace those other theories are better theories. We should never put all of our efforts and money into a questionable set of theories, regardless of their popularity.

It would be in our best interest and benefit to require that tax-supported funding go to scientists that honor the scientific method 100%, and to those scientists that have models that best fit the evidence.

Evidence for the Electrical Universe Theory right under their noses?:
Space Tornadoes Cause a Stir (Nov 27 2009)