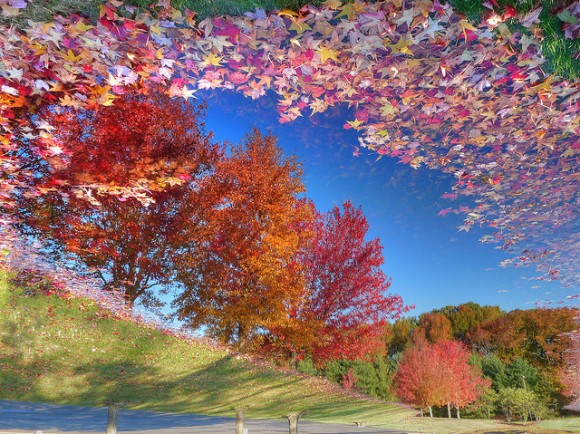 In this fast paced world where we’re expected to take in more and more, we’re quick to use labels to group and organise our thoughts. But despite the obvious pitfalls of this kind of grouping in our minds is the problem of thinking that we perceive something correctly.

Take, for example, the misconceptions about climate change. “Green” does not (necessarily) mean “hippy”, “hates cars” or “vegetarian”. It means many things; having the sense to see that our current system of consumption is unsustainable, realising that the corporations and governments keep control simply by controlling access to resources, understanding how we rely on our environment for our survival and to destroy it is to simply destroy ourselves, etc.

We need to label things for convenience, but in doing so we limit our understanding. Those guilty of these kind of rash associations are not only diluting the truth with simplification, but often completely misrepresenting it.

The complexities of most things mean that any simplification label is an all out misinterpretation. These concepts are far more complex than one simple observation. Yet people make these arguments every day.

We also, in our categorisation, lose appreciation for any dynamic nature that might be present. In other words, things change. Yet once something has a label it is incredibly hard to shake that description.

So once we have been brainwashed into believing things are absolute and unchanging. People can never be persuaded that they are wrong because they believe that once they have the answer then they will always be right.

Instead, an approach illustrating the nature of change and complexity would be more effective.

Showing people that there is more to their observation than their perception is difficult. People’s insecurities will make them instinctively defend their perceptions, even though you’re not saying that they’re wrong, but that nothing is absolute, and nothing is static.

I’m the first to admit when I’m wrong. Some see this as a weakness, an indication that future conclusions from one who admits error cannot be trusted. Yet this is just another example of failure to understand the importance of changing perceptions.

Throughout our lives, our perceptions change. All the things you believe today may be very different from what you believed a few years ago.

This is why there is constant political debate about what is the “right” way to think; capitalism, socialism, libertarianism, and all the flavours in between, there is only one truth, and that is our perceptions will change. So how can we settle on one particular idealism, when tomorrow it brings up unforeseen issues that cause us to reassess our certainty in it?

Communism never worked, but was this just because it took place in scarce economic times and was still corrupted by authority, with all its inherent faults? Capitalism created a boom in society but the concepts of interest and debt have now undermined it, and now technology may obsolete the entire concept of labour – so where does that leave the idealism?

This is why politics cannot be run on ideals. People’s ideals will always change, even what could be considered the “correct” ideal will be changed by its environment, or other external influences. Simply put, we will never all agree.

Our current political systems, at their essence, fail fundamentally in their purpose of deciding what is best for us because they are based on perceptions, and do not take into account the nature of change.

The only sustainable system of power is a scientific one; a “decision engine” without the bias of “perception” that is able to incorporate change. It is not “moral” for our fates to be decided with “moral” bias because morality is relative; all decisions must be made in an objective, scientific manner.

Of course, relying on such a “sterile” and impersonal way of making decisions could prove inhumane, perhaps even dangerous. Yet the current system will never reach any kind of equilibrium as long as there is change.

And change is the only thing we can be sure of.