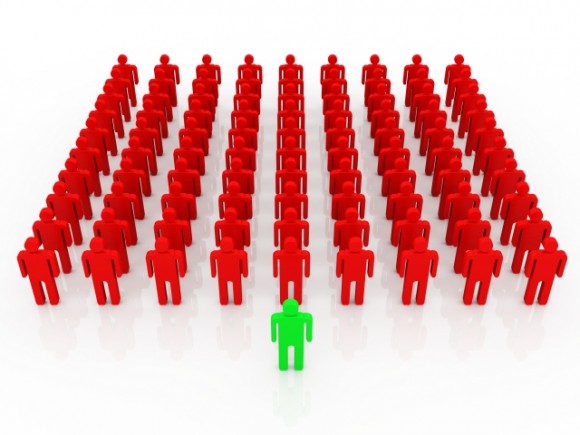 I have an issue with authority. I always have. I didn’t know what it was, but something about it just didn’t sit right with me.

Some people would probably say that I’m a trouble maker. Perhaps I should stop trying to go against the grain and listen to my leaders. After all, without authority, society would collapse, would it not?

Eventually, it all became clear. Allow me to share the epiphanies that led to my realization: Authority is detrimental to your health.

Laws and restrictions are not solutions under any circumstances. Attempts to control by prohibition are primitive, ineffective, often un-ethical, they have unforeseen and unrelated side effects, and are usually done for the wrong reasons. Suggestions and setting good examples can work, but dictating what is good and what is wrong, and controlling everyone with authoritative laws and strong-arm police tactics never works.

Drugs can cause health and social problems for those who take them. We attempt to address these problems by prohibiting drugs.

Why it doesn’t work:

In this case, prohibition is not a prevention, it is merely a deterrent. If people want to take drugs, they will take them – regardless.

Implications of this prohibition:

Unauthorized internet use at work causes lack of productivity. We attempt to address this problem by filtering internet usage or banning it outright in the workplace.

Why it doesn’t work:

Because this prohibition is technically achieved, it has more control than a law which is just a deterrent. It can set exactly what the controller wants the user to be able to access if any at all.

What I mean is, they can simply reduce their productivity in a different way, for example by spending more time talking with other staff or surfing internet sites that are not restricted. The prohibition is easily undermined.

Implications of this prohibition:

Also, in both of these cases, the original issue is not necessarily a problem. Many people take drugs and cause little or no problems to society. Internet usage may increase productivity because of the access it supplies to certain resources. Certainly in many cases, the prohibition itself causes more problems than it attempts to solve.

Authority Attacks the Symptom, Ignores the Cause

Between 1984 and 1999, California built one new college. During the same period, it built twenty one new prisons. Are these the actions of a sane society? Prisons have been shown on a number of occasions to be detrimental to society. Known to many as Con-College, they provide an environment for criminals to become even better criminals. They transform people who may have made one mistake into lifelong criminals. They turn otherwise well adjusted white collar criminals into anxiety ridden problems for society.

In addition, If we put more effort into education, there would be less need for prisons. Why aren’t we putting more effort into preventing crimes? Instead of this endless cycle of ineffective punishment, why aren’t we asking what options we can give people that prevent them entering a life of crime? Wouldn’t society be so much better off if instead of providing a negative framework of rules backed up by punishment, we created a positive framework of education and incentives? Instead of rehabilitation — why not prehabilitation?

Prison is a perfect illustration of how authority is a primitive and ineffective method of control.

Let’s clarify here that I’m not technically a libertarian. Politically, ultimate freedom could be dangerous if the underlying mechanism is irresponsible or incorrectly motivated. (For example, take the motivation of capitalism to continually grow without regard for the limitation of resources, or incentive to care for external factors such as the environment, people’s well being, society, the economy or anything except profit.) However, restriction is never a solution because it does not address the problem – it just attempts to control it. We must be more grown up as a society and acknowledge this failure.

We went past the point long ago when lawmakers were able to anticipate and knowledgeably counteract dangers arising from technological developments. Technology is enabling these society-altering options not only at a pace that can’t be kept up with, but that can’t really be understood. They change our paradigms yet we attempt to create rules based on the old ones. Just look at the feeble attempts to control the Internet as a prime example.

In business, managers are given a position of authority because they are able to integrate solutions from a wider perspective than their subordinates. By this, I mean their knowledge and experience allows them to see business problems that their subordinates cannot. Their access to more of the big picture gives them the ability to make more informed decisions. This is the only occasion when authority is acceptable because it allows a business to integrate solutions.

However, even this dynamic is dying out and becoming less effective with the rise of collaboration. Business is evolving to reject the concept of group leadership – allowing each individual to forge their own path of creativity and innovation. Businesses that address this changing paradigm have a good chance of thriving in the coming years as we move towards a society where more people reject authority and learn to live off their own merits.

Authority Holds Back Our Minds, and Society

Authority achieves its power by providing an easy path for people to follow. People live under the impression that they don’t need to think for themselves, because their political, religious, academic and business leaders will do all their thinking for them — and solve any problems that may arise.

This is the most significant issue facing society and holding it back. For, without authority, people would be forced to think for themselves, their minds would awaken to new ways of thinking, of solving problems, and of deciding our moral guidelines. By outsourcing responsibility to authority, we breed laziness and stupidity.

Only with widespread self-authority can we evolve to a civilized society.

Every great advance in natural knowledge has involved the absolute rejection of authority.
– Thomas H. Huxley