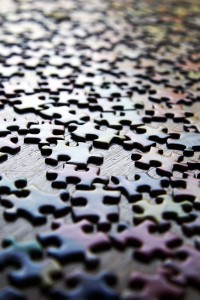 In the future, there is a possibility that we will eliminate death and become immortal, cybernetic, and perhaps even pure energy beings. Predictions like this sound like pure sci fi nonsense to most people. They will argue that it is impossible, immoral, and unrealistic. This is a typical reaction of someone unable to integrate Super Concepts.

Whenever normal people are presented with ideas that are so far fetched, they tend to just dismiss them. They usually look at the first step, see it as impossible, and give up. Or they see moral dilemas being raised by it and then take the stance that we shouldn’t do it.

However, once one is able to integrate Super Concepts, these ideas become feasible. Ideas that are so radical that they not only look impossible, but are highly controversial, are rejected when following the typical mindsets that we have been brought up with. This is because most of us have had our minds corrupted from an early age by irrationality, the reliance of authority, and a dampening of our problem solving abilities by laziness and easily digestable information.

A more evolved person, with a mind free of external authority and irrationality, would not dismiss the ideas, they would see them as a big jigsaw picture with many of the pieces missing.

Whereas the average person thinks linearly and gives up on that first step, an integrated thinking person thinks creatively, using the left and right sides of their brain together to see a partly assembled picture and work out how to find the missing pieces. It may involve breaking the missing pieces into smaller pieces, but the idea itself is not out of reach like it is from a non-integrated thinker.

If an idea is seemingly controversial, most people would get into a debate about it, calling to bear all their personal feelings, beliefs, religious views or whatever. The debate is not founded in reality, it is corrupted by irrationalities. Usually when you strip away the irrational, biased, non reality based concepts, it’s often clear that something isn’t really controversial.

We are capable of so much more, but too many people stop at the first step, without looking at the big picture from a rational point of view. When Gallileo said that the Earth revolved around the sun and not the other way around, he was controversially going against everything that society had led him to believe. He stripped away irrationalities and thought for himself to imagine a concept that completely changed the world and gave us a better understanding of the entire Universe. He had created his own Super Concept.