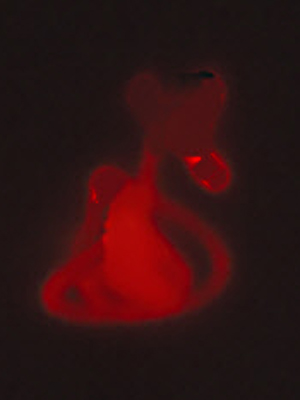 The Epitome of Human Evil

If indeed the epitome of human evil (i.e. the Illuminati) has reached the top and now controls everything, then they own everything including all the really bad-ass weapons and means to keep us on short chains and one foot in the grave.  I see peaceful protest as being nothing more than an irritant to epitome-of-evil and they will never stop their agenda of sucking our very life-force and finances.  If epitome-of-evil is real then all voting is rigged, and all the litigious muster we can throw at them will be met with even bigger muster and money in their defense.  If that doesn’t work on their behalf, they have assassins.  Corruption in the court system will snarl any legal effort we put forth, including that trillion dollar lawsuit filed last year in New York State against the United Nations, the Federal Reserve, and numerous named people.

Soon, the US military industrial complex (and probably black-opps) will have up to 30,000 unmanned drones in our skies over the USA and operatives in every city.  For what reasons?  They’ve never ever needed that before!  They’ll never be honest about why.  Maybe they want to patrol our boarders to keep illegal immigrants and fictitious terrorists out?  Maybe it’s a plan to combat the rag-tag militia groups that are only organized locally and not organized nationally? Any revolution at this point in history would probably be squashed early on, unless good people in the armed forces and military refuse to fire upon and/or arrest citizens.  But it’s going to take more than just saying no to authority.  We’ll need to physically wrestle control from epitome-of-evil’s hands all at once so they don’t have time to react.  Unfortunately, that will probably never happen because it’s virtually impossible to organize something huge like that since they monitor everything already.  Basically, it would be our bloodbath and end.  I don’t think epitome-of-evil deserves the planet and they’ll fight tooth and nail to keep it for themselves.

I know this section will seem absolutely ridiculous and far-fetched to many people, but it is worth entertaining the concept. It’s better to be open-minded about some things without dogmatically rejecting something that could be possible and beneficial. I’ve had numerous events happen that make me interested in pursuing experimentation in this arena.

Let’s assume for the sake of experimentation that it is possible to affect things with our minds — mind over matter, to the level where if enough of us do it, we can disable weaponry by simply focusing on that happening.  Maybe it’s a good idea to try that, to see it as accomplished and do that on a daily basis meditation.  If it is possible for a group of intenders to permanently disable and ground drones and chem-trail sprayers with our mind powers, then maybe we should try.  Is it possible to neutralize all the bad toxins they’re loading in our medicines, food, water and air with combined efforts of everyone wishing that cleansing to happen?  If we could, would we destroy all routes of escape for epitome-of-evil so that whatever dastardly deeds they’re planning will be stopped.  Maybe it’s time to mentally shut off all of the subtle and subliminal brainwashing they’ve been pumping into our environment.  I tend to doubt the validity of mind over matter, but I’m willing to try it just in case.  Let’s intend a miracle and make it happen!

Out of the Nightmare

Although heavy on the mysticism, this movie will inspire you to take a serious look at yourself and might even change your life:

As an intending-focused group, we may be the only way out of the nightmare of being ruled by such evil people and stopping the tyrannical system they’re putting in place on a global scale.  I think everyone from the top rich rulers and dynasties down through governments, agencies, most politicians, secret societies, and even law enforcement should be arrested, background checks done, and then the honest and genuinely good people would be released on a case by case basis.  Truly evil people should be locked up for life in the very FEMA camps they used our money to build under the very NDAA they voted to put in place.  Some of these evil people are responsible for some of the most heinous acts against humanity in all of human history.

A temporary government would be put in place based on the Prime Law and an emergency president, governors and congress/house would be in place until we could conduct real elections.

Once while bartending years ago, Julie and I were talking about such things as mind power and the possibility of training oneself in perfecting mind-over-matter as a natural ability all of us might possess.

Meanwhile, sitting on the top of the register behind the bar was one of those small fluorescent-light beer signs. For the last few days it had been flickering on and off repeatedly. This day it never stayed lit for more than a couple of seconds.

Although I never made any claims of any such mentioned abilities, Julie pointed to the malfunctioning light and jokingly said, “If you think you’re so powerful, make that light stop.”

I was standing right there so I popped my right palm up to within an inch but never touched the display and at that same instant, the light stopped its erratic blinking and stayed on for the rest of the night!

I was shocked at the timing and perceived accentuation. It might have been one of those one-in-a-billion chances of pure coincidence, but then again, I might have had enough of a temporary influence to change or assist the faulty electronics or behavior of the electrons.