Skip to content
HomePersonal DevelopmentHow to Create Your Own Moral Guidelines 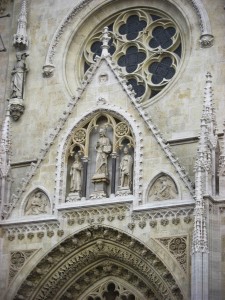 Of course, we need rules and moral guidelines to live by. The danger however, is to let others prescribe them for us. They create the rules and guidelines but don’t always do it based on reality. All authority is dangerous. Religion and government have power over us because we allow them to. We look to be led, to be controlled. And they are in complete control of our lives.

Most of the time the government acts for good, but it has the potential to do whatever it wishes, and it will act on these wishes whether they are based on reality or not. Some prime examples include the limitations on stem cells and the patriot act. These decisions were made based on lies and fabrications, and they limit society.

By using our own mind to think in uncorrupted, rational concepts based only on reality, we come to conclusions that are shocking to the irrational, non-reality based masses. A couple of examples? What about the fact that the Earth revolves around the sun and not the other way around, the Earth is round, and matter is made up of atoms (something that religious people said was a heresy when it was discovered)?

Religion and government continue to control us, sending us to war, taking away our basic liberties, hindering medical progress. It is all because we are still, after all these centuries, thinking in corrupted, irrational concepts not based on reality, and they do this because their reality based mind is corrupted by faith at an early age.

Expand your horizons by rejecting external authority. There is no need to reject your moral guidelines when doing so, in fact, it will give you the clarity to create better ones.