Skip to content
HomeCivilizationGovernanceLegalization vs The War On Drugs 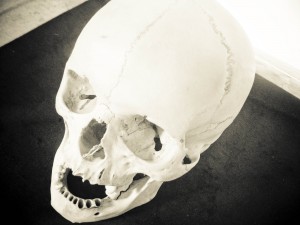 We can pull the plug on the black market by legalizing drugs, gambling, prostitution and all other victimless crimes. Since crime syndicates and terrorists make the bulk of their money dealing in these areas, legalization would put a colossal dent in their incomes. The war on drugs will never be won using the current strong-arm tactics or guilt and fear manipulation techniques. Children and adults usually do the opposite of what you command them to do.

I am not advocating the use of either of these entertainment areas, and I am not advocating that any government should regulate society’s private vices or business ventures, but temporary regulation of these areas might be the only way control-freak governments would even consider legalization. Any government should publicly preface this monumental decision with logical reasons why legalization is a better choice. Proper education yields better results than manipulation. This would also minimize mixed messages and the number of first time experimenters.

If drugs, such as marijuana, were legalized for personal use, medical/material research and therapy, and available free through government or private outlets, it would completely remove the profit in selling the substances and remove the dangerous additives. We all know about the deadly additives cigarette companies and illegal drug-makers use to produce their wares.

If governments and/or the private sector also had workshops and counseling available for treating addictions as diseases and health issues rather than as criminal issues, I believe that more people would be willing to opt-out of their life destroying habits.

I am sure all of us could see the huge potential in incorporating Finding-Your-Life-Passion types of workshops for recovering addicts. Showing someone how to live life as a blessing has greater appeal and would probably have a higher success rate than simply turning a newly cleaned addict back out on the street.

Who currently prospers from the illegal status of the above mentioned areas? Governments have some stake in the black market since they gain from seizures of property and finances. Some branches of law enforcement prosper from simply being employed to counteract vice. Some bullies in law enforcement get a chance to beat down doors and hurt people. Politicians make themselves look good by advocating ego-justice and politicized laws. Criminals prosper from the economics of demand and the over-inflated prices.

In the end, taxpayers lose financially due to the overcrowded justice system and the wasted efforts of law enforcement.