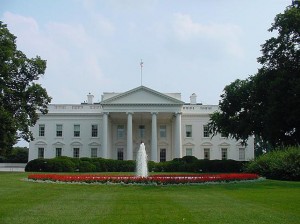 One thing we all have to deal with in one way or another is government. From birth certificates to subtle taxation to forced eminent domain to sticking their bureaucratic noses into our business, government affects our lives. The following are famous people and politicians speaking on the qualities and misgivings of government.

“A retarded society allows mystical-based beliefs to control governmental policies and laws, while an evolved society keeps government neutral — for the benefit of everyone. The mob doesn’t always know best and the majority-vote is mob rule.” — Maxwell Jennings

“Ancient Rome declined because it had a Senate, now what’s going to happen to us with both a House and a Senate?” – Will Rogers

“Democracy gives every man the right to be his own oppressor.” — James Russell Lowell

“Democracy is an abuse of statistics.” — Jorge Luis Borges

“Democracy is the art and science of running the circus from the monkey cage.” — H. L. Mencken

“Economics is extremely useful as a form of employment for economists.” — John Kenneth Galbraith

“Every government is a parliament of whores. The trouble is, in a democracy, the whores are us.” — P. J. O’Rourke

“For in reason, all government without the consent of the governed is the very definition of slavery.” — Jonathan Swift

“Giving money and power to government is like giving whiskey and car keys to teenage boys.” — P. J. O’Rourke

“Government is an unnecessary evil. Human beings, when accustomed to taking responsibility for their own behavior, can cooperate on a basis of mutual trust and helpfulness.” — Fred Woodworth

“Government is not reason; it is not eloquent; it is force. Like fire, it is a dangerous servant and a fearful master.” — George Washington

“Government, even in its best state, is but a necessary evil; in its worst state, an intolerable one.” — Thomas Paine

“I’m tired of hearing it said that democracy doesn’t work. Of course it doesn’t work. We are supposed to work it.” — Alexander Woollcott

“If men were angels, no government would be necessary.” — James Madison

“In the absence of justice, what is sovereignty but organized robbery?” — Saint Augustine

“It is error alone which needs the support of government. Truth can stand by itself.” — Thomas Jefferson

“It is hard to feel individually responsible with respect to the invisible processes of a huge and distant government.” — John W. Gardner

“Knowledge will forever govern ignorance; and a people who mean to be their own governors must arm themselves with the power which knowledge gives.” — James Madison

“Laws are like sausages, it is better not to see them being made.” — Otto von Bismarck

“Let the people think they govern and they will be governed.” — William Penn

“Majority rule only works if you’re also considering individual rights. Because you can’t have five wolves and one sheep voting on what to have for supper.” — Larry Flynt

“Man will never be free until the last king is strangled with the entrails of the last priest.” — Denis Diderot

“Ninety eight percent of the adults in this country are decent, hardworking, honest Americans. It’s the other lousy two percent that get all the publicity. But then, we elected them.” — Lily Tomlin

“No man is good enough to govern another man without that other’s consent.” — Abraham Lincoln

“Our government… teaches the whole people by its example. If the government becomes the lawbreaker, it breeds contempt for law; it invites every man to become a law unto himself; it invites anarchy.” — Louis D. Brandeis

“Talk is cheap – except when Congress does it.” — Cullen Hightower

“That government is best which governs least.” — Thomas Paine

“That government is best which governs the least, because its people discipline themselves.” — Thomas Jefferson

“The best argument against democracy is a five-minute conversation with the average voter.” — Winston Churchill

“The best minds are not in government. If any were, business would steal them away.” — Ronald Reagan

“The fact that political ideologies are tangible realities is not a proof of their vitally necessary character. The bubonic plague was an extraordinarily powerful social reality, but no one would have regarded it as vitally necessary.” – Wilhelm Reich

“The genius of our ruling class is that it has kept a majority of the people from ever questioning the inequity of a system where most people drudge along, paying heavy taxes for which they get nothing in return.” — Gore Vidal

“The government solution to a problem is usually as bad as the problem.” — Milton Friedman

“The government, which was designed for the people, has got into the hands of the bosses and their employers, the special interests. An invisible empire has been set up above the forms of democracy.” — Woodrow Wilson

“The mistakes made by Congress wouldn’t be so bad if the next Congress didn’t keep trying to correct them.” – Cullen Hightower

“The oppressed are allowed once every few years to decide which particular representatives of the oppressing class are to represent and repress them.” — Karl Marx

“The way people in democracies think of the government as something different from themselves is a real handicap. And, of course, sometimes the government confirms their opinion.” — Lewis Mumford

“The worst thing in this world, next to anarchy, is government.” — Henry Ward Beecher

“This country has come to feel the same when Congress is in session as when the baby gets hold of a hammer.” — Will Rogers

“To hear some men talk of the government, you would suppose that Congress was the law of gravitation, and kept the planets in their places.” — Wendell Phillips