Ever feel like someone has gotten the better of you and don’t know why? Learn to see how people manipulate you so that you can avoid it and stay in control! 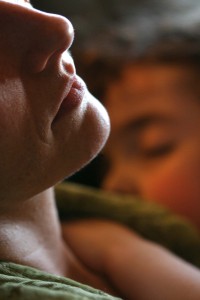 Do you ever find yourself doing something that someone asks you to do without thinking and then you think, “Why did I just do that?”

This is because you have temporarily succumbed to not using your own mind. Unfortunately, you probably do this more than you think.

As well as people controlling you in this way, which often isn’t really intentional on their part, you will also be controlled by other people when you look to them for guidance. Yet you must learn to think for yourself, to make your own decisions and not be influenced by other people.

Salespersons and advertisers are experts at manipulating our minds so that we make a decision that we wouldn’t normally make. Politicians tell us only what we want to hear to sway our decisions and how we vote. Many people live their lives by what they’ve learned in some book or via some craze. People even hunt down, and follow to the letter, guidance from publications like Power Essence.

Feel free to listen to the advice given to you, but learn to use your own mind and make your own decisions. Question everything. Question the motives of everything anyone says or does. Their words and actions will usually always be driven by their motives. You can tell what people want by what they say or by their actions. They may try to hide their motives, like when people bluff in poker. You should think about whether someone has a motive to bluff.

Are People Really THAT manipulative?

Many people try to manipulate you without even thinking. They are driven by their desires so they will do what it takes to get them satisfied, even if it is a subconscious effort.

An example is when you are talking to a potential romantic partner. You’ll only say things that you hope will ultimately end up with them falling for you. That is your motive. By realizing that motive in you, the potential partner can adjust their actions accordingly. For example, they can prolong the conversation in order to get more drinks bought for themselves. Of course, this is a slightly cynical perspective but it’s just to help you understand the concept of conscious and subconscious manipulating.

Politicians provide us with great examples. Politicians have political agendas to fulfill and they will say what they need to say in order to get the support of the public.

Of course they don’t lie in so many words. Blatant lying is dangerous because if they are found out it would be devastating for their political careers. But bending the truth is not unheard of! However, their main tactic is to present the information to the public in a biased or out of context way.

For example, imagine they wanted to bring out a law that forces everyone to carry an ID card. Their hidden motive is that they can keep closer tabs on people. To get support they could play up the problem of illegal immigration, when the reality is that the amount of illegal immigration is really quite small, and not really a problem. Policing with ID cards would cause more administrative duties for the police and actually make the situation worse.

Remember, it’s not just politicians that present information in a manner that serves their purposes. Politicians, the media, advertisers, and sales people just happen to be experts at it but you will find that most people do it on some level.

Techniques people will use include:
* Blowing things out of context
* Bending the truth
* Exaggerating
* Withholding important facts
* Jumping to conclusions
* Giving biased information

You will find it easier to recognize these techniques in people by questioning their motives. When you identify people’s motives and manipulation techniques, you will no longer be affected by them!

Train yourself to become constantly aware of people’s motives to avoid being influenced by lies and half-truths. What sounds like it might be the truth could actually be far from it. The thing is, even the person saying it might totally believe it. They have fallen for the badly presented information and have convinced themselves it is true.

Always establish the facts and realize when information is being presented in error to you. You may find that in the past you have spread lies yourself without knowing it. It is important that you are honest with yourself and realize whenever you are not dealing with the truth.

To see the truth of the situation it helps to think things through.