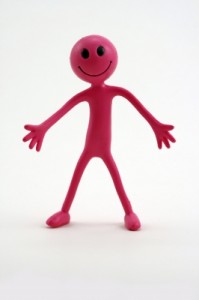 Do What You Do

Freedom of Choice vs Conditioning

How much freedom of choice do you really have? Is it possible to have true freedom of choice when most if not all of our choices and behaviors are based on conditioning? If you’re raised in or around violence or raised by people who are prejudice then you were probably conditioned to behave in those ways. Once you use your freedom of choice and decide to change negative conditioning, you begin to condition your behavior.

All of our behaviors are conditioned or learned to some degree. How you were raised and by whom has a huge affect on everything you think, do, and say. Even if you raised yourself, your experiences and your reactions/responses to those experiences have taught you to behave in certain ways. All experiences and all types of educational methods condition us but that conditioning can be changed with new, supportive habits.

We are all creatures of habit. We choose some habits, such as brushing our teeth or performing other hygiene rituals around the same times every day. Other times we move into patterns without even realizing it and other times habits are forced upon us. Since we are creatures of habit the best way to stop a bad habit is to replace it with a good habit.

The first step to conditioning your non-supportive behavior is to notice when you do the behavior and acknowledge that you have the bad habit.

Either out-loud or to yourself, say, “I choose…” and say exactly what you want to be doing instead of the bad habit. Always say it in a positive way, without using negative words.

Notice every time that you do the bad habit and immediately choose and do the alternative. Eventually, you’ll notice yourself starting to do the old habit in which case you can interrupt yourself and do the positive habit instead.

This technique sounds simple because it is! The only difficult part will be catching yourself before you start the old habit and stopping the pattern. Realizing and admitting to having bad habits is difficult for some people, yet the sooner you realize what bad habits you have, the sooner you’ll be able to shift to good habits. Be honest with yourself about all your habits.

Conditioning requires repetition of the supportive actions, so expect to keep repeating the positive steps until you get it exactly the way you want it. Repetition programs the subconscious mind which in turn helps to establish productive habits.

Behavior conditioning can greatly assist overcoming chemical addictions. However, much more is necessary for you to do in order to honestly quit the chemical(s) and habit(s). Addictions need to be handled mentally and physically.

Along with doing what I’ve described above — noticing the habit, choosing something else, interrupting the pattern — kick addictions faster by getting into some sort of aerobic exercise, such as running and swimming. Keep exercising through the detoxification phase and if you’re successful in conditioning yourself into the exercise-habit, keep it up for the rest of your life! Exercise can shorten the detoxification phase dramatically. The faster that you work out the toxins the less you’ll have to deal with the physical symptoms.

Drink plenty of water while you detoxify and even consider alternative ways to detox your body, such as drinking green tea and adding food supplements with a healthier diet.

When you reach for the junk food, recognize the habit and choose to enjoy a healthy diet, then take action to reinforce the good habit by grabbing a better alternative.

If you’re craving to eat something sweet, then eat some raw honey instead of candy or other empty calorie snacks. Stevia is a another great, natural substitute sweetener for sugar.

When you feel that working out would take too much effort, recognize that habit and choose the habit of taking care of your body and mind, knowing you always feel better after working out. Look forward to feeling stronger and healthier from exercising.

When in those states of feeling great, choose to ALWAYS feel that way and feel excited about that possibility of gaining that non-stop supportive habit.

Is it possible to always feel good? Shit happens but by choosing the attitude-habit of always being positive, you greatly increase the chance of truly gaining that every instant of your waking and dream-state days and nights! Don’t sweat the little stuff and it’s all little stuff anyway. It is possible to be positive in any situation as long as you remain realistic and logical.

Choose the habits of moderation and determination. Habits can be supportive until they turn into dysfunctional addictions. If something is getting in the way of your productive life, then check to see if it’s an addiction.

Choose the habits of flexibility and self-will. Be able to change to better habits whenever it is in your best interest and benefit. Self will or self authority is always the best choice and the most fulfilling since it’s all YOU!