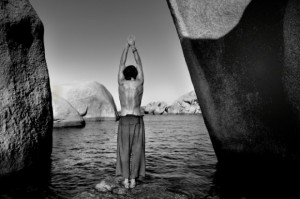 I predict future happiness for Americans if they can prevent the government from wasting the labors of the people under the pretense of taking care of them. – Thomas Jefferson

Government should only be the custodian of our health, wealth, safety, freedoms, and rights. In this way, they are still protecting us from those who try to initiate force on us, but they are not controlling us. This avoids both anarchy and fascism.

We pay for our governments, therefore we should have a say in how they provide for us and how they protect us, not the other way around. You are not obligated to serve anyone — neither the government nor those less fortunate than yourself. If you want to, that’s fine. It’s your choice. It should always be your choice.

However, we live in a society where the government immorally decides what is best for people. Politicians, just like religious leaders, do not function in reality. Their authority is derived from lies, and their power is not deserved, as they have not done anything to earn it.

What do we mean by this? You might think that Obama worked hard to get to where he is, he must deserve his authority. Now, apart from the questionable amount of authority Obama really has, the work he has done to reach this position is not relevant. He used political manipulation, just as the kings of old used violence and bullying. Neither technique creates any value – therefore they are not deserved of such power.

Google is one company that demonstrates what true, deserved power really is. Google finds itself in a unique position of power because of its innovation and ingenuity. Its power was not obtained by irrelevant means of violence, guilt, social manipulation or political popularity. It built its power using ingenuity and innovation, by developing solutions, creating value, and genuinely improving society.

Of course, we should be extremely wary of the power it can bestow on itself with such innovation. But it is not in their interests to do what the public doesn’t want, because it relies on the public for its power. Furthermore, our defense against this power should be further innovation, not regulation which limits society.

“Politicians – with no problem solving training, attempt to solve problems based on ‘what the majority of people think’. This is a little like a checkout clerk performing open heart surgery under the guidance of some customers.”

The way that political policies are created is fundamentally flawed. The problem is that they are developed to maintain the government’s popularity. Therefore policies will only ever reflect what the majority of people think is for the best. Do you think using consensus to dictate government policies is safe? Don’t you think that using science and proven knowledge is a better way to do it?

More and more people are finding this “Pop Idol” popularity contest freak-show completely unacceptable. Everyone should find this unacceptable.

Do we really need politics?

“I think myself that we have more machinery of government than is necessary, too many parasites living on the labor of the industrious.” – Thomas Jefferson

The current elite maintain control with its powers of manipulation as previously discussed. Breaking free from this system is our only chance to make things better and it is down to each and every one of us. We must awaken to our self authority to give rise to our own personal power – problem solving skills, creativity, and value creation abilities – and out-compete irrational authority.

These are the tools we must use against this parasitical system of control. Forget your vote, you have far more power than that. Individually and cooperatively, we can (and must) out-compete the elite and eliminate them and their irrationalities from our society. Like Google and countless other forward thinking organizations and individuals, we must use innovation to create value and nullify the pitiful attempts of the self righteous elite to control us. Eventually, these criminals will have no basis to exist in the new society.

It’s time to remove the parasites that have been feeding off our backs for too long.

Self authority is within all of us. We don’t need any authority to tell us how to live or how to think. To do so is to deny the greatest gift of all – the gift of conscious thought.

You must make up your own mind and have your own opinions about the world and this information. Don’t rely on anyone else’s experience or words. Filter everything through your own objective mind matrix and make your own decisions.

All statements in this article are integrations based on our logical, honest, cutting-through-the-lies perspective. You may disagree with what you read but don’t let that stop you from opening up your eyes to the lies and irrationalities that infect our lives.

With your mind working in pure, reality grounded concepts, you may be able to come up with better integrations. There will always be grey areas but we are constantly evolving. You should be able to make your own decisions and come to your own conclusions.

This isn’t to say you should ignore advice and assistance, but you should put it through your own knowledge matrix first and you shouldn’t rely on any outside source or influence.

We also need to have universal honesty at all levels. Universal honesty is done at the widest-scope possible; not only on an individual basis, but in all areas of life, including all business and all levels of government, and most importantly at all times.

Choosing to eliminate mysticism in your life in favor of objective reality will help eliminate most personal problems. Choosing to meet so-called problems head-on with unadulterated reality will help you to overcome seemingly impossible obstacles and to tackle challenges with a stronger sense of control and confidence. Instead of obstacles, view things as goals to change your current reality.

Release yourself from the mind shackles that authority has ingrained on your consciousness since birth.

Now is the Time

It’s important for you and everyone to understand that currently, this world is at a point that can best be described as the nuclear threshold or the self-annihilation stage. If we do not stop ourselves and point ourselves in a productive and prosperous direction, we could destroy the majority of humanity on this planet, or even all life. If we don’t destroy ourselves through rouge countries starting nuclear wars, then terrorists could very well make the entire planet inhabitable with dirty nuclear bombs or chemical weapons.

If given the opportunity, certain people would gladly cause our extinction. Most of them believe that some deity will sort it out in the end. But what if there is no deity or afterlife? Then we’re all screwed by a handful of fanatical con-artists or psychotics.

Perhaps even more dangerous is the continued eroding of our basic liberties at the hands of corrupt authorities. We must make the general population aware of this corruption before it is too late and we fall completely into a new dark age of tyranny.

Realize your personal self authority and do everything you can to awaken it in those around you. Let’s turn the tables on the invisible con-artists and parasitical elite, out-competing them with innovation and value creation. Let’s preserve our world and human existence.