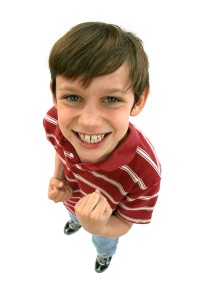 Being funny is a great skill that can be very useful in many areas of your life. Many people live under the false idea that being funny is a genetic thing, that if you’re not born with it there’s nothing you can do about it. While you may not reach the ranks of the big comedians, there’s nothing stopping you improving your ability to make people laugh in every day life, and that will make your life more fun.

There are a few rules involved that once you’ve learned you won’t forget and you can eventually grow your skills in these areas. It does take work, but you’ll be surprised how quickly you can start being funny.

The quickest and easiest way to become funny is just stop giving people straight answers. When someone asks you something, it’s natural to want to help them and instantly blurt out your answer. Stop. Think before you speak. You could respond with something completely irrelevant, or another question. Now here’s the thing, it doesn’t have to be funny. It just has to be unexpected. Which means you could say anything. What happens then is the other person’s guard is knocked down. They are taken by surprise and what you will probably find is that they will laugh. Instead of a conversation, you’re now having banter. Your “pretend disrespect” for the other person changes the mood, and starts you both joking with each other.

This way of responding is a great start because it makes you treat life more casually instantly. You become a more fun person to be around because you’re unpredictable.

Now what you’ve learned is a valuable lesson about humor. It’s unexpected. It’s a surprise. There are other things that make people laugh but you will find this is one of the main ingredients.

Here are some more ingredients.

A lot of comedy comes from being obscure, just look at the knights who say “ni” from Monty Python. It’s unexpected because it’s silly and not normal. This is a vital ingredient to humor. Use your imagination and go beyond the normal, you won’t always find funny there, but combine it with these other ingredients and you stand a pretty good chance.

We often laugh at people who think differently to us. Look at Mr Bean for a perfect example of this. His bizarre way of looking at the world makes for an amusing show. When building a comedy character, perspective is paramount, and of course, the character could be you.

Many jokes come from timing alone, so learn to use it and practice it for the rest of your life. Learn to use pauses, but also make sure you can be quick with a witty remark.

This goes along the same lines as obscurity. Anything can increase its comedy value with exaggeration. And don’t just exaggerate a little, do it to the extreme. Don’t make your character moan a bit. Make them someone who moans more than anyone else on the planet. One Foot in the Grave fans will understand.

Humor is very often just a clash of contexts. Put something that doesn’t belong in your world. This is a very common tool used in “spoofs”. Take the police car at the start of the Naked Gun films that drives through places it obviously wouldn’t drive through, such as the woman’s changing rooms. Or the bumper sticker on the space ship in Spaceballs. Clash of context can be a normal thing in an abnormal world, or an abnormal thing in a normal world, a la Mork and Mindy.

People always laugh at other people’s pain. Use this to your advantage not just with slapstick, but with unfortunate situations. Put your comic characters (or yourself) in increasingly more hazardous predicaments and watch the fireworks.

Those are some ingredients of comedy. You can use one or more of them to make your humor. Now aware of them, you can practice using them in your every day life or in your creations.

Now, here are some tools you might find useful for creating jokes.

Saying something that is obviously true and doesn’t need saying can be funny. Many a comedian doing a gig at Piccadilly has said “God, it’s like Piccadilly circus out there”.

Suppose one of your jokes leaves the audience dead silent. Say something like “Well that joke didn’t work” and you’re pretty much guaranteed that will get a laugh.

Lying about something that it’s obvious you’re lying about, a close cousin of sarcasm, can be a good humor tool. The opposite of stating the obvious, this goes very well with exaggeration or clash of context.

eg: At the opticians, reading the wording from a poster on a different wall instead of the letter board.

As you know, surprise creates humor, so a cliché is a great tool because people know what to expect. By breaking the cliché, you’ve got an easy joke. In the Simpson’s movie Homer is about to hammer in a nail, and his thumb is resting on the nail. Tension is built up as he says “Steady…” He then promptly jams himself in the eye with the hammer.

“It’s better to have loved and lost, than to listen to an album from Olivia Newton John” – Holly, Red Dwarf.

If you want more to break, check out this brilliant website: http://www.cambiaresearch.com/clicheweb/

This is best used with the surprise element rather than just relying on vulgarity to get a laugh. You will want to deliberately lower the tone and shock your audience with an unexpected bout of obscenity. It goes without saying that you should be careful with this and also remember that it won’t always work if you’re renowned for your filthy mouth, although it still will sometimes.

The rule of three

There was an Englishman, an Irishman and a Scotsman. The Englishman did something, the Scotsman did the same thing just to validate the idea to the listener, and then the Irishman came along and did something completely different and unexpected. A bit overused this one, but still works pretty well. You don’t even need a full joke, you can pretty much apply this rule to a single sentence.

There it is again – break the listener’s expectations. Of course the best way to do that is send them in the wrong direction. This is a very useful tool for writing jokes. Lee Evans was explaining how he went to the zoo and it was all: “Oooh ooh ah ah” (making monkey gestures), and he said: “Yeah, that’s great. Two adults and a child please.”

Re-referring to something throughout a story can make it a running joke, even if it isn’t really funny on its own. Try not to rely on these too much, but they’re good for finishing off a set on stage.

Eddie Izzard is the master of these. He will explain something at the start of his show, and quite often you won’t find it that funny. But when he returns to it later it has a much greater meaning, and is received with much amusement.

Hopefully you’ve learnt some ways of being funny that you can use in your every day life and/or your creations. For a more comprehensive guide we recommend the following books:

> The Comic Toolbox: How to Be Funny Even If You’re Not

> Comedy Writing Secrets: How to Think Funny, Write Funny, Act Funny and Get Paid for it