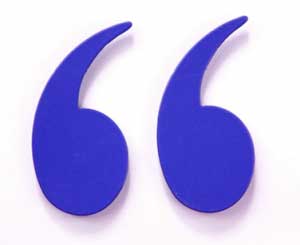 “One person can make a difference, one person can change the world, but you
must choose to do so. You must make the future or others will make it for you.”
J. Michael Straczynski

“Everyone who has ever taken a shower has had an idea. It’s the person who
gets out of the shower, dries off, and does something about it that makes a
difference.” — Nolan Bushnell

“New ideas pass through three periods: *It can’t be done, *It probably can be
done, but it’s not worth doing, *I knew it was a good idea all along!” — Arthur C.
Clarke

“You see things and you say why? But I dream things that never were; and I say
why not?” — George Bernard Shaw

“Kites rise highest against the wind — not with it.” — Winston Churchill

“We can let circumstances rule us, or we can take charge and rule our lives from
within.” — Earl Nightingale

“I cannot discover that anyone knows enough to say definitely what is and what is
not possible.” — Henry Ford

“The problems we have today cannot be solved by thinking the way we thought —
when we created them.” — Albert Einstein

“If you’re proactive, you don’t have to wait for circumstances or other people to
create perspective expanding experiences. You can consciously create your
own.” — Stephen Covey

“If we all worked on the assumption that what is accepted as true is really true,
there would be little hope for advance.” — Orville Wright

“The only way of finding the limits of the possible is by going beyond them into the
impossible.” — Arthur C. Clarke

“No concept man forms is valid unless he integrates it without contradiction into
the sum of his knowledge.” — Ayn Rand