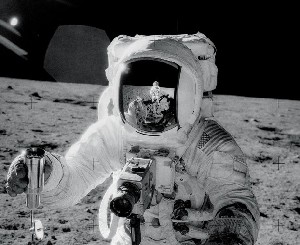 “Forever live science! We will get farther faster using honest, non-dogmatic science than we will by adopting more or better religions.” — Maxwell Jennings
~

Our second installment of famous people and scientists speaking on science. Unverified and copied from brainyquote.com

“Politics is for the present, but an equation is for eternity.” — Albert Einstein

“Reality is merely an illusion, albeit a very persistent one.” — Albert Einstein

“Science does not know its debt to imagination.” — Ralph Waldo Emerson

“Science has made us gods even before we are worthy of being men.” — Jean Rostand

“Science is a first-rate piece of furniture for a man’s upper chamber, if he has common sense on the ground floor.” — Oliver Wendell Holmes

“Science is a way of thinking much more than it is a body of knowledge.” — Carl Sagan

“Science is organized common sense where many a beautiful theory was killed by an ugly fact.” — Thomas Huxley

“Science is simply common sense at its best, that is, rigidly accurate in observation, and merciless to fallacy in logic.” — Thomas Huxley

“Science is the great antidote to the poison of enthusiasm and superstition.” — Adam Smith

“Science is wonderfully equipped to answer the question ‘How?’ but it gets terribly confused when you ask the question ‘Why?'” — Erwin Chargaff

“Scientific theory is a contrived foothold in the chaos of living phenomena.” — Wilhelm Reich

“Take young researchers, put them together in virtual seclusion, give them an unprecedented degree of freedom and turn up the pressure by fostering competitiveness.” — James D. Watson

“The best scientist is open to experience and begins with romance – the idea that anything is possible.” — Ray Bradbury

“The cloning of humans is on most of the lists of things to worry about from Science, along with behaviour control, genetic engineering, transplanted heads, computer poetry and the unrestrained growth of plastic flowers.” — Lewis Thomas

“The distance between insanity and genius is measured only by success.” — Bruce Feirstein

“The doctor has been taught to be interested not in health but in disease. What the public is taught is that health is the cure for disease.” — Ashley Montagu

“The fewer the facts, the stronger the opinion.” — Arnold H. Glasow

“The folly of mistaking a paradox for a discovery, a metaphor for a proof, a torrent of verbiage for a spring of capital truths, and oneself for an oracle, is inborn in us.” — Paul Valery

“The great secret of doctors, known only to their wives, but still hidden from the public, is that most things get better by themselves; most things, in fact, are better in the morning.” — Lewis Thomas

“The great tragedy of science – the slaying of a beautiful hypothesis by an ugly fact.” — Thomas Huxley

“The most exciting phrase to hear in science, the one that heralds new discoveries, is not ‘Eureka!’ but ‘That’s funny…'” — Isaac Asimov

“The next major explosion is going to be when genetics and computers come together. I’m talking about an organic computer – about biological substances that can function like a semiconductor.” — Alvin Toffler

“The nineteenth century believed in science but the twentieth century does not.” — Gertrude Ste
in

“The process of scientific discovery is, in effect, a continual flight from wonder.” — Albert Einstein

“The radical novelty of modern science lies precisely in the rejection of the belief… that the forces which move the stars and atoms are contingent upon the preferences of the human heart.” — Walter Lippmann

“The science of today is the technology of tomorrow.” — Edward Teller

“The scientific theory I like best is that the rings of Saturn are composed entirely of lost airline luggage.” — Mark Russell

“There are no shortcuts in evolution.” — Louis D. Brandeis

“There is one thing even more vital to science than intelligent methods; and that is, the sincere desire to find out the truth, whatever it may be.” –Charles Pierce

“There was no “before” the beginning of our universe, because once upon a time there was no time.” — John D. Barrow

“Touch a scientist and you touch a child.” — Ray Bradbury

“We are born at a given moment, in a given place and, like vintage years of wine, we have the qualities of the year and of the season of which we are born. Astrology does not lay claim to anything more.” — Carl Jung

“We can lick gravity, but sometimes the paperwork is overwhelming.” — Wernher von Braun

“We seem to have a compulsion these days to bury time capsules in order to give those people living in the next century or so some idea of what we are like.” — Alfred Hitchcock

“What is a scientist after all? It is a curious man looking through a keyhole, the keyhole of nature, trying to know what’s going on.” — Jacques Yves Cousteau

“When I find myself in the company of scientists, I feel like a shabby curate who has strayed by mistake into a room full of dukes.” — W. H. Auden

“When I investigate and when I discover that the forces of the heavens and the planets are within ourselves, then truly I seem to be living among the gods.” — Leon Battista Alberti

“When you take stuff from one writer it’s plagiarism; but when you take it from many writers, it’s research.” — Wilson Mizner

“Whenever anyone says, ‘theoretically,’ they really mean, ‘not really.'” — Dave Parnas

“You cannot feed the hungry on statistics.” — Heinrich Heine

“Your theory is crazy, but it’s not crazy enough to be true.” — Niels Bohr