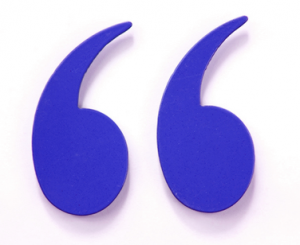 “To learn that you can choose your friends but you cannot choose your family can be a sobering slap in the face! To make friends of your family members, now that can be a trick in of itself for some people, while others can have the best of friends in family. Have at least one friend who will treat you unconditionally, but who will tell you if they disagree with what you think or do, for they will be the one who will save you from harm.” — Maxwell Jennings

Quotations on friendship drawn from brainyquote.com

“A child too, can never grasp the fact that the same mother who cooks so well, is so concerned about his cough, and helps so kindly with his homework, in some circumstance has no more feeling than a wall of his hidden inner world.” — Alice Duer Miller

“A friend is one who knows you and loves you just the same.” — Elbert Hubbard

“A friendship can weather most things and thrive in thin soil; but it needs a little mulch of letters and phone calls and small, silly presents every so often – just to save it from drying out completely.” — Pam Brown

“A man’s growth is seen in the successive choirs of his friends.” — Ralph Waldo Emerson

“A single rose can be my garden… a single friend, my world.” — Leo Buscaglia

“A true friend never gets in your way unless you happen to be going down.” — Arnold H. Glasow

“Be courteous to all, but intimate with few, and let those few be well tried before you give them your confidence.” — George Washington

“But friendship is precious, not only in the shade, but in the sunshine of life, and thanks to a benevolent arrangement the greater part of life is sunshine.” — Thomas Jefferson

“Contempt is the weapon of the weak and a defense against one’s own despised and unwanted feelings.” — Alice Duer Miller

“Don’t ever dare to take your college as a matter of course – because, like democracy and freedom, many people you’ll never know have broken their hearts to get it for you.” — Alice Duer Miller

“Fear makes strangers of people who would be friends.” — Shirley MacLaine

“Friendship is a single soul dwelling in two bodies.” — Aristotle

“Friendship is one mind in two bodies.” — Mencius

“Friendship is unnecessary, like philosophy, like art… It has no survival value; rather it is one of those things that give value to survival.” — C. S. Lewis

“Friendship needs no words – it is solitude delivered from the anguish of loneliness.” — Dag Hammarskjold

“I always felt that the great high privilege, relief and comfort of friendship was that one had to explain nothing.” — Katherine Mansfield

“I don’t need a friend who changes when I change and who nods when I nod; my shadow does that much better.” — Plutarch

“I have friends in overalls whose friendship I would not swap for the favor of the kings of the world.” — Thomas A. Edison

“If instead of a gem, or even a flower, we should cast the gift of a loving thought into the heart of a friend, that would be giving as the angels give.” — George MacDonald

“If it’s very painful for you to criticize your friends – you’re safe in doing it. But if you take the slightest pleasure in it, that’s the time to hold your tongue.” — Alice Duer Miller

“In everyone’s life, at some time, our inner fire goes out. It is then burst into flame by an encounter with another human being. We should all be thankful for those people who rekindle the inner spirit.” — Albert Schweitzer

“It is not so much our friends’ help that helps us, as the confidence of their help.” — Epicurus

“It is one of the blessings of old friends that you can afford to be stupid with them.” — Ralph Waldo Emerson

“It takes a long time to grow an old friend.” — John Leonard

“It’s the friends you can call up at 4 a.m. that matter.” — Marlene Dietrich

“Let us be grateful to people who make us happy, they are the charming gardeners who make our souls blossom.” — Marcel Proust

“Lots of people want to ride with you in the limo, but what you want is someone who will take the bus with you when the limo breaks down.” — Oprah Winfrey

“Many a person has held close, throughout their entire lives, two friends that always remained strange to one another, because one of them attracted by virtue of similarity, the other by difference.” — Emil Ludwig

“Men kick friendship around like a football, but it doesn’t seem to crack. Women treat it like glass and it goes to pieces.” — Anne Morrow Lindbergh

“Mighty proud I am that I am able to have a spare bed for my friends.” — Samuel Pepys

“Nothing but heaven itself is better than a friend who is really a friend.” — Plautus

“One’s friends are that part of the human race with which one can be human.” — George Santayana

“She is a friend of mind. She gather me, man. The pieces I am, she gather them and give them back to me in all the right order. It’s good, you know, when you got a woman who is a friend of your mind.” — Toni Morrison

“Silences make the real conversations between friends. Not the saying but the never needing to say is what counts.” — Margaret Lee Runbeck

“Since there is nothing so well worth having as friends, never lose a chance to make them.” — Francesco Guicciardini

“The bird a nest, the spider a web, man friendship.” — William Blake

“The friend is the man who knows all about you, and still likes you.” — Elbert Hubbard

“The language of friendship is not words but meanings.” — Henry David Thoreau

“The most I can do for my friend is simply be his friend.” — Henry David Thoreau

“The only way to have a friend is to be one.” — Ralph Waldo Emerson

“The real test of friendship is: can you literally do nothing with the other person? Can you enjoy those moments of life that are utterly simple?” — Eugene Kennedy

“There is nothing on this earth more to be prized than true friendship.” — Saint Thomas Aquinas

“True friends stab you in the front.” — Oscar Wilde

“When a friend is in trouble, don’t annoy him by asking if there is anything you can do. Think up something appropriate and do it.” — Edward W. Howe

“When a woman like that whom I’ve seen so much, All of a sudden drops out of touch; Is always busy and never can, Spare you a moment, it means a man.” — Alice Duer Miller

“When we honestly ask ourselves which person in our lives means the most to us, we often find that it is those who, instead of giving advice, solutions, or cures, have chosen rather to share our pain and touch our wounds with a warm and tender hand.” — Henri Nouwen

“Wishing to be friends is quick work, but friendship is a slow ripening fruit.” — Aristotle

“Without wearing any mask we are conscious of, we have a special face for each friend.” — Oliver Wendell Holmes

“Yes’m, old friends is always best, ‘less you can catch a new one that’s fit to make an old one out of.” — Sarah Orne Jewett

“You can always tell a real friend: when you’ve made a fool of yourself he doesn’t feel you’ve done a permanent job.” — Laurence J. Peter