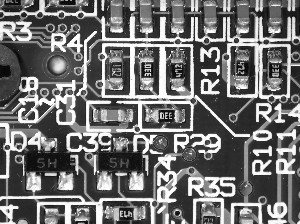 “Sciences and new understandings help evolve a society and the individual on mental and technological levels. Science may not have all the answers but it does explain reality better than mysticism ever will. Unfortunately, even today there is too much dogma in science due to pseudo-scientists and researchers who claim things without proof. Computer models and mathematical formulas are not proof of good science!” — Maxwell Jennings

Enjoy these quotation on science by scientists and famous people. Copied from Brainyquote.com.

“A fact is a simple statement that everyone believes. It is innocent, unless found guilty. A hypothesis is a novel suggestion that no one wants to believe. It is guilty, until found effective.” — Edward Teller

“A satellite has no conscience.” — Edward R. Murrow

“A scientific truth does not triumph by convincing its opponents and making them see the light, but rather because its opponents eventually die and a new generation grows up that is familiar with it.” — Max Planck

“A year spent in artificial intelligence is enough to make one believe in God.” — Alan Perlis

“Adventure upon all the tickets in the lottery, and you lose for certain; and the greater the number of your tickets the nearer your approach to this certainty.” — Adam Smith

“Anthropology demands the open-mindedness with which one must look and listen, record in astonishment and wonder that which one would not have been able to guess.” — Margaret Mead

“Anthropology was the science that gave her the platform from which she surveyed, scolded and beamed at the world.” —
Jane Howard

“Anybody who has been seriously engaged is scientific work of any kind realizes that over the entrance to the gates of the temple of science are written the words: ‘Ye must have faith.'” — Max Planck

“Anyone who attempts to generate random numbers by deterministic means is, of course, living in a state of sin.” — John von Neumann

“Bad times have a scientific value. These are occasions a good learner would not miss.” — Ralph Waldo Emerson

“Bush reiterated his stand to conservatives opposing his decision on stem cell research. He said today he believes life begins at conception and ends at execution.” — Jay Leno

“Each problem that I solved became a rule, which served afterwards to solve other problems.” — Rene Descartes

“Every great advance in science has issued from a new audacity of imagination.” — John Dewey

“Facts are the air of scientists. Without them you can never fly.” — Linus Pauling

“Few tragedies can be more extensive than the stunting of life, few injustices deeper than the denial of an opportunity to strive or even to hope, by a limit imposed from without, but falsely identified as lying within.” — Stephen Jay Gould

“From now on we live in a world where man has walked on the Moon. It’s not a miracle; we just decided to go.” — Tom Hanks

“Give me a lever long enough and a fulcrum on which to place it, and I shall move the world.” — Archimedes

“Half of the modern drugs could well be thrown out of the window, except that the birds might eat them.” — Martin Henry Fischer

“He is so old that his blood type was discontinued.” — George William Curtis

“I am not a scientist. I am, rather, an impresario of scientists.” — Jacques Yves Cousteau

“I believe in general in a dualism between facts and the ideas of those facts in human heads.” — George Santayana

“I got the bill for my surgery. Now I know what those doctors were wearing masks for.” — James H. Boren

“I see nothing in space as promising as the view from a Ferris wheel.” — E. B. White

“If a man’s wit be wandering, let him study the mathematics.” — Francis Bacon

“If an elderly but distinguished scientist says that something is possible, he is almost certainly right; but if he says that it is impossible, he is very probably wrong.” — Arthur C. Clarke

“If we wish to make a new world we have the material ready. The first one, too, was made out of chaos.” — Robert Quillen

“In all science, error precedes the truth, and it is better it should go first than last.” — Hugh Walpole

“In science, “fact” can only mean “confirmed to such a degree that it would be perverse to withhold provisional assent.” I suppose that apples might start to rise tomorrow, but the possibility does not merit equal time in physics classrooms.” — Stephen Jay Gould

“Inanimate objects can be classified scientifically into three major categories; those that don’t work, those that break down and those that get lost.” — Russell Baker

“It is a good morning exercise for a research scientist to discard a pet hypothesis every day before breakfast. It keeps him young.” — Konrad Lorenz

“It will free man from the remaining chains, the chains of gravity which still tie him to this planet.” — Wernher von Braun

“Men love to wonder, and that is the seed of science.” — Ralph Waldo Emerson

“No amount of experimentation can ever prove me right; a single experiment can prove me wrong.” — Albert Einstein

“Nobody climbs mountains for scientific reasons. Science is used to raise money for the expeditions, but you really climb for the hell of it.” — Edmund Hillary

“Nothing has such power to broaden the mind as the ability to investigate systematically and truly all that comes under thy observation in life.” — Marcus Aurelius

“Nothing in education is so astonishing as the amount of ignorance it accumulates in the form of inert facts.” — Henry B. Adams

“Nothing in the universe can travel at the speed of light, they say, forgetful of the shadow’s speed.” — Howard Nemerov

“Only two things are infinite, the universe and human stupidity, and I’m not sure about the former.” — Albert Einstein

“Our scientific power has outrun our spiritual power. We have guided missiles and misguided men.” — Martin Luther King, Jr.

“People think of the inventor as a screwball, but no one ever asks the inventor what he thinks of other people.” — Charles Kettering