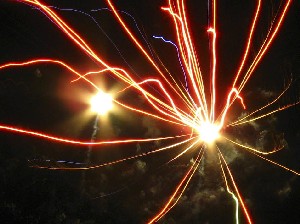 Although the extremely split bicameral mind is not as prevalent today as it was several thousand years ago, a huge portion of the current population shifts into the bicameral mind mode to varying degrees.

There may have been an actual physical difference between our brains and the typical human brain at the time of the Iliad — such as less of a connection between the two halves of the brain along the Corpus Callosum, but I think it was more a shift in consciousness than it was an actual physical change or jump in physical brain evolution. We can change and increase dendrite branching by mental focus (exercise) and even cause atrophy of areas by lack of activity, but overall, I think the basic structure of the human brain has remained close to the same as people back then. If there was an actual change of the physical brain, it was definitely for the better as are all evolutionary changes.

For those unaware of the term, the Corpus Callosum is the structure that connects the two sides of the brain together allowing cross communication. This connection is more pronounced in human female brains. That is one reason women typically are less affected by and also recover quicker than males after single hemisphere strokes. This connection also varies from person to person.

For the completely bicameral-mind mode, the two halves of the brain work independently in favor of the highly creative right brain. Images conjured up in the right-brain can seem real and thus very compelling. This total split-mode lends itself to being highly influenced, programmable, and brainwashed by perceived external authorities. This mode is an actual separation of the personality to the point the person can believe that the other voice (or voices) and hallucinations in the mind are not their own and even erroneously think they are coming from an outside source.

In singular-mind mode, the highly creative right brain and the highly logical left brain work together in supportive unison, but the left brain controls and influences most thought processes regarding reality.

Most people operate somewhere in between. If you consciously make a decision or goal, or you believe in something strongly enough, the creative mind can produce scenarios in the mind that are fictitious.

Imagine being one of the first people to make that shift in consciousness thousands of years ago. If you truly cared for other people, then you may orate or write in terms the bicameral-minded people can understand in order to help them shift too.

If you are a usurper — someone that is intent on taking from other people, then you may claim that the gods or god talked to you. You would be revered since you would seem to have much more knowledge than does the average citizen. You could claim ridiculous things and everyone would probably believe you, especially if you could predict natural occurrences such as eclipses or other natural phenomenon to make yourself look like you know it all. With that comes the beginning of religions and kingdoms. Usurpers convinced bicameral-minded people that they were sent by the gods or in communication with the gods, and thus they deserved to be exalted and supported. The continuation of religion is mainly because enough followers still operate in this split brain mode. Value usurping religious leaders are still taking advantage of the easily programmable mind of their followers or initiates.

So how can anyone make this shift in consciousness to a fully integrated mind? To start, simply make the conscious choice to operate your mind so that each side works in unison to support you and realize that your mind currently is probably operating in split-mode. The creative right-brain is very adept at taking what the logical side dictates and doing what ever it takes to achieve that goal. You may notice an instant change or it may be gradual as your mind entertains the idea. Know your current reality and how it relates to your goal of having an integrated mind.

This shift may even require a conscious effort on your part to eliminate mysticism from your life. The right-brain is responsible for fantasy, self-induced hallucinations, and mystical thinking, all of which are not based on reality. If you can dump mysticism, you will notice an increase in clarity of your thoughts. The background chatter that you probably do not notice will diminish and eventually disappear. Your right-brain will begin to work for you rather than chaotically in opposition. Constantly educate yourself in reality. Most importantly, become your own authority and defy those that wish to control you.