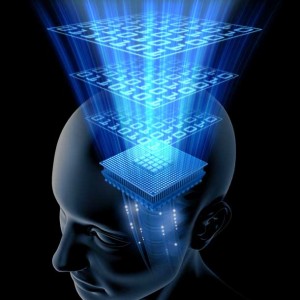 What exactly are Super Concepts, and why do we need to create them?
Super Concepts are ideas that are so far ahead of their time that you will stand above even the most powerful entrepreneurs. We will teach you the techniques needed to solve seemingly impossible puzzles, and think up amazing creations. As a result, your mind will become super-fast, and you will become a powerful genius.

With these incredible techniques, you will not only be able to predict the future, but create the future. And it will be your future, not one dictated to you or created for you by someone else.

It’s to your advantage to learn how to create them so that you will be that much more advanced than the people that have not yet learned about Super Concepts.

First understand that the conscious mind exists because it turns percepts, which are experiences you perceive, such as heat or brightness, into concepts. For example, you will think it’s a sunny day.

This is what sets us aside from animals, our ability to put perceptions together to form concepts and super concepts. However, we do not do this all the time, and we often slip into an instinctual animal-like, or bicameral mentality, where we merely respond to outside influences, or percepts. No concepts are created in our head when we are in that bicameral mode. It’s all reacting and responding with no depth of thought.

Super concepts are where we combine many concepts in our head, and come to educated conclusions. Most super concepts are solutions. Ultimately they are represented by visions. They are seemingly conjured up by the great thinkers of the world. However, the end vision itself is just that, a vision. It is the detail that turns the vision into a reality.

For people examples, look to Benjamin Franklin, one of the most prolific inventors of his time. Also, many of the early scientists such as Galileo and Newton were adept at thinking in super concepts.

For a more current example, think of the space shuttle. The concept was previously a vision, foreseen by people like Jules Verne. Today, it is a reality.

You must appreciate the enormity of the project. Thousands of the greatest minds in the world came together to create a world changing creation. It didn’t come from nothingness, it evolved, from many, many concepts. Engineers in all fields came together to create the body of work that takes so many factors into account. The computer hardware, the software, the transporting equipment, the logistics of the project were a few of those factors. It’s an enormous achievement of humanity to bring that all together into a magnificent creation.

However, it started with one vision. A simple but profound vision: Fly a craft into space. Whoever thought of that idea did not concern themselves with the details. Nevertheless, the project would have been nothing without the details.

Someone, or more likely in this case, a group of people had to turn this vision, something that could be expressed in one sentence, into a reality. In doing so, they had to draw upon entire industries and even create new industries.

Many problems were found along the way and solutions had to be created. Thousands of ideas had to go into making that one vision. All these ideas integrated together to form a super concept.

The assembly line, invented by Henry Ford, is a super concept. Mr. Ford saw that much time was being wasted when people changed jobs, so he made them repeat the same job over and over again. Obviously this didn’t just happen, many issues were brought up by this idea that had to be worked on. The idea revolutionized business.

Most of humanity’s great achievements are super-concepts. Yet there is no specific criteria defining super concepts, you will just know one when you see one because of the enormous impact it will have on society. Remember, they all begin as just ideas.

Super concepts are not limited to achievements. For example, the theory of the world being round was a super concept. It helped humankind to better understand the universe, which is obviously a huge benefit.

The reason it is a super concept, however, is because it is based on pure, true concepts. It ignored the false concepts derived from lies and information blown out of context. It was based on reality — not what someone thought up or ideas that were irrelevant. Just facts.

This is why theories like this, like the theory of evolution and the idea that the Earth went around the sun and not the other way around, were so controversial. They went against conventional thinking that was not based on reality.

We talk more about reality in other articles, but I just wanted you to understand that for super concepts to work, they must be firmly grounded in reality. They cannot exist in false contexts. You can upgrade your mind by ensuring your thoughts only operate in reality.

For example, scientists that use metaphysical concepts to run their experiments or prayer to help guide them to discovery are not using reality. The only reliable sources of knowledge are facts and proven concepts. Only by systematically proving and disproving, and basing all research and development on reality can you possibly derive any worthwhile ideas.

So how do I think up my own Super concepts?

There is no technical secret to upgrading your mind. It just involves hard thinking. Our minds are only used to thinking with a few concepts at a time. We often don’t even do this. Most the time we make decisions based on what other people tell us to think and do. That is why creating super concepts will make you intellectually superior to most people.

However, it really is within your grasp. First, you need to have the vision. This is not as difficult as you may think. You probably have ideas all the time.

The difficult bit, the bit that is rarely executed, is turning the idea into reality. This involves breaking it down to the smallest components. In doing this you will build up the puzzle and make the idea real.

This is the next step in our human evolution. Master reality-aligned super concepts and you will have evolved to a new level.

You can upgrade your mind by learning to understand super concepts. Super concepts are grand ideas that are based on a number of reality-derived concepts. First, learn to align yourself with reality, rejecting bad concepts. Then, learn how to integrate good concepts together.

Realize that all big ideas are merely a collection of small concepts. These smaller concepts can be integrated with any number of other concepts, maybe even ones that don’t seem relevant.

This is from where radical ideas come.

Always keep yourself aligned with reality and you will create powerful visions.

Learn to create super concepts and evolve yourself for the new era of thinking.