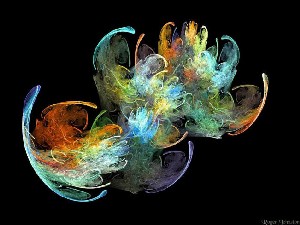 What science produces is neither universally true nor real, but is created by the observer and is relative to his predispositions and equipment. As a result, it is not complete but selected, not objective but subjective, and not unique but partial.

This produces an observer-created reality, says physicist Roger Jones, in which “the observer and observed … cannot be broken down into independent components” because “the observer has an uncontrollable and non-removable effect on what is observed.”

The result, according to physicist Arthur March, is that “what is perceived is….the effects brought to light by this procedure,” effects which “are created by this process.” This means that the scientist each time he observes creates something new, for, as physicist John Wheeler says, “this is a participatory universe.”

The scientific observation is therefore less a picture of reality than a sort of mirror in which the observer sees himself, which makes the physical world a product of human consciousness. To physicist Fred Wolf, when we look at the universe “We are looking at ourselves,” and to Garry Zukav “we cannot eliminate ourselves from the picture….physics is the study of the structure of consciousness.”

“We can only see nature blurred by the clouds of dust we ourselves make,” says physicist Sir James Jeans, for whom for instance a rainbow is not an independent object up in the sky but a subjective creation in the observer’s mind: “Each man’s rainbow is a selection from his own eyes … from an objective reality which is not a rainbow at all.”

The creation of scientific data is therefore caused mainly by two factors. The first is the equipment used, which influences how the data is created. As John Wheeler says, “When we change the observing equipment…We have…A phenomenon that is new,” and second, by the pre-existent mental constructs of the observer, which influence how the data is interpreted. That is why Jeans says that the attributes we give to physical objects are “mere articles of clothing…draped over the mathematical symbols; they did not belong to the world of reality.”

To Einstein “Time and space are modes by which we think and not conditions in which we live.” Scientific theory is therefore neither absolute nor correct, but a compromise which “shows us something about reality in the only way we can get at reality.”

Similarly, David Bohm speaks of energy streaming from both the observer and the observed. “The phenomena are the result of the intersection…from the same reality,” but it “has no clear meaning” because what is unambiguous is misleading and only “the ambiguous is the reality.” These specialists insist that in science the observer is omnipresent, which led physicist and astronomer Arthur Eddington to the astonishing assertion that, in science, “the mind has by its selective power fitted the processes of Nature into…a pattern largely of its own choosing; and in the discovery of this system of law the mind may be regarded as regaining from Nature that which the mind has put into Nature.”

Proof is therefore circular in science, with events being considered real only if they correspond to what we already believe. To Jeans the laws of science “are a description, not of nature, but of the human questionings of nature,” and they “tell us nothing about nature, but only something about our own mental processes.”

Similarly, physicist Heinz Pagels asks, “Are theories ‘out there’?” and answers “I don’t think so. Theories are inventions,” while physicist Werner Heisenberg puts it much more simply: “Science is made by men.”

In addition, scientific language, whether mathematical or lexical, suffers from the same defects, it is not real but only a “symbolic means of representing the world,” “a dangerous instrument to use,” “a symbol definable only in terms of other symbols.” Opinions about reality therefore exist only in the scientist’s mind and “need not,” in Jean’s words, “resemble the objects in which they originate,” and therefore “it is no longer objective nature itself but nature in relation to the human observer that becomes the material studied by physics.”

On top of that, the scientific report is also a fabrication, for it does not describe what happened but what should have happened and makes no reference to feelings or trial and error. To analysts Broad and Wade the “scientific paper is as stylized as a sonnet” and its framework “is a fiction designed to perpetuate a myth.” It is also socially conditioned, riddled with personality and culturally relative, which is why Schlegel says that “science is altogether a human activity,” while Karl Popper adds that in science “the authority of truth is the authority of society.”

All the steps in the process called science are colored by the human touch.

These insights led Einstein to the belief that, with the exception of the measurement of the speed of light in a vacuum, every observation is inescapably conditioned by the observer’s frame of reference. It led Niels Bohr to his principle of complementarity, (that no single observation can contain all the possible descriptions of a phenomenon), and it led Werner Heisenberg to his uncertainty relation, which states that not all the properties of a subatomic object can be fully investigated by one observation at the same time.

To these men scientific knowledge is severely limited or created and subjective, which led Eddington to doubt the reality which science creates. To him, what he calls the “external world” is a human artifact, a structure created as “an answer to a particular problem,” and “We refuse to contemplate the awful contingency that the external world, after all our care in arriving at it, might be disqualified by failing to exist.”

For these reasons both David Bohm and Niels Bohr see the creation of science as similar to the creation of poetry, and Roger Jones insists that, in science, “whatever it is that we are describing, the human mind cannot be parted from it.”

What these men are saying is that, surprisingly, human involvement is the most influential tool of science and we can therefore never know what the world is like in itself apart from us as observers. “Physics,” says Eddington, “is a world contemplated from within…What the world might be deemed like if probed in some supernatural manner by appliances not furnished by itself we do not profess to know.” What is left for science, therefore, is to talk about what it sees. That is all that science is.

Einstein believed that in today’s science “there is no ultimate theory, no…ultimate fact about the stuff the world is made of,” there is only talk, which is why Einstein said that “physical concepts are free creations of the human mind.” This was forcefully reiterated by Harvard astrophysicist Bruce Gregory, who said that in science “What is real is what we regularly talk about” and therefore “When we create a new way of talking about the world, we naturally create a new world.”

Physics is a conversation about nature, says Gregory, or, as Bohr put it, “It is wrong to think that the task of physics is to find out how nature is. Physics concerns only what we can say about nature.” I close therefore with Schlegel’s provocative statement that “The natural world is not so much a fixed structure, waiting to be symbolically reproduced in our science, as it is a complex source of experience which can be described in various and alternative ways.”

That is the best that the scientific investigation of nature can achieve. It can get no closer to reality than that because in science, to use Bohm’s felicitous phrase, “the observer is the observed.” Science can yield accurate phenomenological data of the act of observation, but has no tools with which to perceive the ultimate reality that underlies the phenomena, a reality of which, to quote French physicist Bernard d’Espagnat, science can get only “fleeting reflections.”

As physicist Fred Wolf put it, “the whole universe comes into existence whenever we observe it” and therefore “we are the artists in the game of the universe.” More than that, the universes which we create depend not only upon our choices of observation but also upon the order in which we carry them out, and it is therefore our choices and our sequence of analysis which “create the alternative possibilities as realities.”

To Wolf, as a result, scientific “reality is a matter of choice” and “the real is mainly determined by thought…The world we live in depends on the pictures of that world we paint in our minds” and how we paint it is determined by desire.

As Heinz Pagels puts it, “Human intention influences the structure of the physical world,” which is not a picture of the real, but a creation deriving from our interactions with it.

As a consequence, fundamental matter becomes to us a fluid, varying, imprecise, uncertain and unmeasurable realm and we cannot discover if there is anything more graspable beneath. That is the only kind of knowledge about the fundamental universe available to us with our present methods, and our ultimate knowledge of any branch of science turns out to be equally imprecise and uncertain. In all of its fields we have derived many partial subjective truths but no fundamental ones, nor is there the prospect of any. There is nothing but ignorance.

Excerpts from a speech given to the 1994 Velikovsky Symposium.

For the full text of Professor Wolfe’s speech, as well as those delivered by other participants, see: